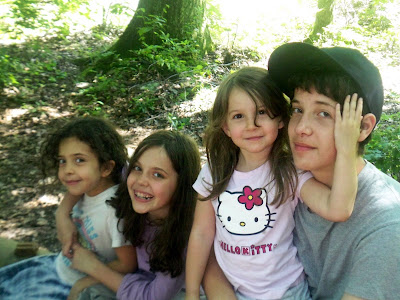 We had developed a fool proof plan for visiting day when it was just Z who was away at camp. It went like this: We went to his camp and met Z at the entrance. We picked him up and parked the car. After dropping his things off at his bunk we made a BBQ and grilled veggies and skirt steak. After lunch we went to the movies. After the movies we went to WalMart and Mr. Z's (the local supermarket). We then would drop him and his stuff of at his bunk and say good bye. I knew that this year would be different because we were going to have to coordinate 2 kids and 2 camps on visiting day.

After a dicey beginning (we realized that we had forgotten the BBQ and non toxic fire starter at home) A little bit of adjustment to the schedule was needed. We picked up R first at her camp (her visiting day started earlier). We knew that we needed to get to Z so we only spent about 15 minutes in her bunk. We picked Z up and went straight to Walmart to get a BBQ so we could cook our food. We got all the "provisions" the kids needed at Walmart since we didn't have time to go to Mr Z's. After a quick pit stop at Dunkin Donuts for some drinks we went back to camp to get our BBQ going. 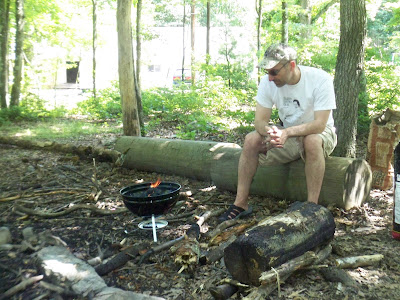 The skirt steak was delicious as usual. After lunch the kids asked if we were still going to the movies. Unfortunately it was too late. We needed to get R back to her camp so we took Z and his stuff back to his bunk, hung out for a bit and said goodbye. 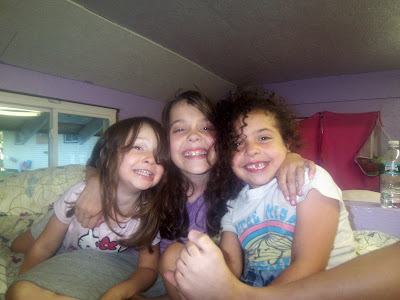 We got R back pretty late but there were still a few parents around. It was obvious to us all day that she was really enjoying camp. She spent the whole time with us smiling, giggling and singing camp songs. We took R to her bunk and had an opportunity to meet some of her friends. They seemed like really nice girls and they all seemed really fond of each other. I have to admit that they were adorable in their 3/4 length shirts and their skirts past their knees. The Bas Yisrael (Daughter of Israel) look seems to agree with them all.
Email Post
Labels: Kids