I had this fantasy of diligently blogging about my summer "home camping" my kids. One of the problems with this is that I am pretty busy with the kids and usually pretty tired at the end of the day. I wanted to record how our days went this summer so here is a quick sumery of our schedule from last week:

Monday: Ice Skating and Hippo Playground/Crab Apple Grove. I already wrote about this in my previous post

Tuesday: We needed to chill out after our initial rush into summer. We took a leisurely stroll down to Fairway doing some errands along the way. We stopped in Barnes and Nobel because T needed the next books in the Ivy and Bean series. When we came home they were just not interested in going back out. At 5:00 Joy took the girls to gymnastics while I went to my favorite yoga class and then saw Whatever Works with J 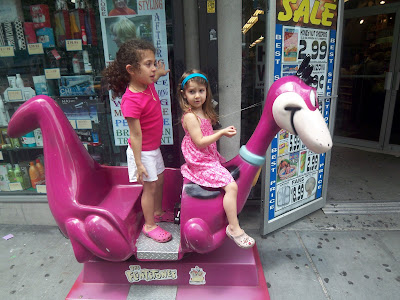 Wednesday: After a low key Tuesday we were ready for some more adventure on Wednesday. We decided to go to the New York Botanical Gardens with some friends. Wow! I have not been there since Z was small and I forgot what an amazing place it is. It is absolutely beautiful and it is hard to believe that you are in the Bronx. We got to the Garden at about 1:30 and decided that we would check out the farmers market, the Children's Adventure Garden and the Family Garden. We did a quick stop at the farmers market, bought a few snacks and decided that we would come back later to get some fruits and veggies for our families.

The Adventure Garden had a great program called Flower Power which I had read about in Time Out NY Kids. They gave the kids a map that led them through the garden and showed them where they could find different activities and interesting places to explore. The kids all enjoyed the activities and they had a great time playing in the garden. The garden has a bunch of interactive areas including an area all about bird's nests and one about ponds. The kids had such a great time that before we new it it was 5:30 and the farmers market had closed and it was to late to check out the family garden. T, D and I ended up leaving the Garden at 6:00 and both the girls told me that they wanted to go back soon. 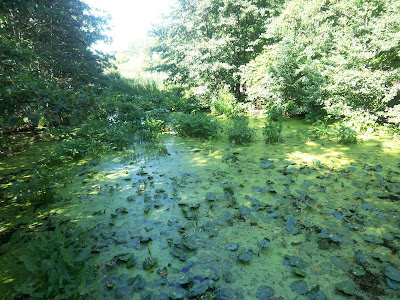 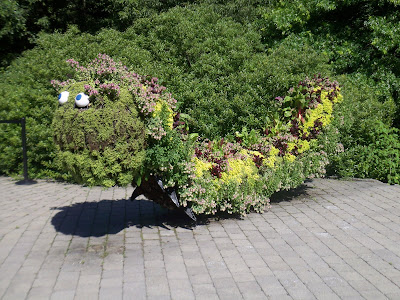 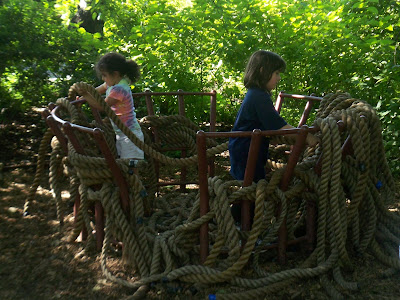 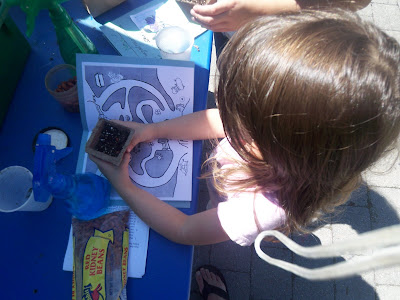 Thursday: This is my errand day. Joy came at about 11:30 and I told her the girls had been out all afternoon on Wednesday and that they probably would not want to go out until later if at all. When I got home at 3:30 Joy had finally convinced the girls to get ready to go out. They ended up going to the small park on 90th St., running into some friends and having a great time. Meanwhile, I got to go to my favorite yoga class again.

Friday: We baked butterscotch and chocolate chip blondies and chocolate brownies in the morning for Shabbat. Luckily we had been invited out for both meals so I had nothing else to cook. I managed to find 20 minutes to play the coin game with the girls. T seems to understand how to multiply 5's and 10's with nickles and dimes. D can now recognize a quarter,dime, nickle, penny and she enjoys giving me different amounts of different coins. At 2:00 we met some friends at Hippo. The girls played for about 2 hours and we came home and finished getting ready for Shabbat.
Email Post
Labels: Fun NYC Activities for Kids Home Camping Kids

Julia said…
Congratulations on your site! Really, it is great and as I saw in the first posts it is true that shares and interface of the site are really a boon to work the style. Really a big thank you!