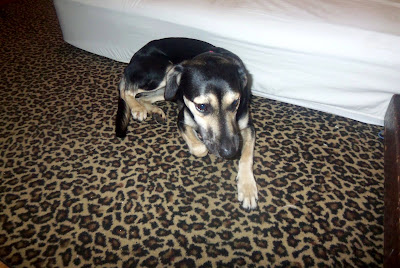 We are dog people. We are the kind of family that stops dogs on the street to pet them. We also tend to comment on all the dogs that we walk past. You might hear us say something like "Oh look, there's Blackie" if we pass a black dog on the street. We had a dog for 13 years named Sally. She was a great dog but totally crazy. Think a smaller, black and tan, female Marley. Until she was 10 years old people assumed that she was still a puppy.

Sally died about 3 1/2 years ago. At the time D was about 5 months old and we had our hands full so we decided that we would wait to get a new dog. Recently the kids began to lobby hard, especially Z, for a dog and since we want them to grow up with a dog we decided the time was right for a new one. We decided that we were going to rescue an adult dog so we would know exactly what kind of dog that we were getting (we also wanted to adopt an older dog because they tend to be harder to find homes for). My mom, who rescues deaf Australian sheepdogs, suggested that we check one of her fellow dog rescuer's website LABRN rescue.

We spent about a month looking at the dogs on the website. There was a brown lab that we were interested in but there was also this cute little black and tan dog that I kept going back to. When we found out she was a great dog we took the plunge. Now we have a new dog Molly. She is quiet, sweet and very mellow. She is also unbelievable with kids. On her first afternoon with us we had 8 girls between the ages of 3 and 10 all over her and she was so good with them. She also seems to get along well with other dogs which makes life much easier in Manhattan since there are so many other dogs on the street. We are just getting to know her and we like what we are learning. It will be interesting to see how things develop with her!
Email Post 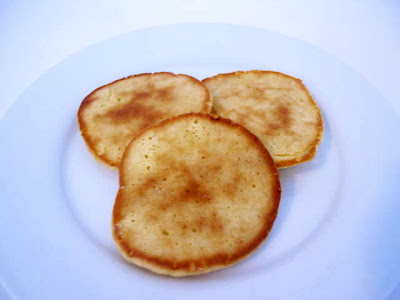