The last time we went away for December break was 7 years ago. J's parents took all their children and grandchildren to Disney world we had a really nice time but Disney World was very crowded and we ended up spending 7 hours on the plane ride home. As far as I was concerned that was the last time I was going away the last week of December. Since that last winter vacation in Florida we have been spending our winterbreak in Manhattan and we always have a great time.

Since J was taking Z to London for a mancation (they had an amazing time even though the Arsenal game was cancelled due to a tube strike!) it was going to be just me and my ladies. Before vacation started I planned out a few easy projects for the girls to do. I bought an origami kit and kite paper for Waldorf stars from Bella Luna Toys. We also did some sewing with wool felt I ordered from Weir Dolls and Crafts. This helped keep everyone busy through out the week and a half that we were home. 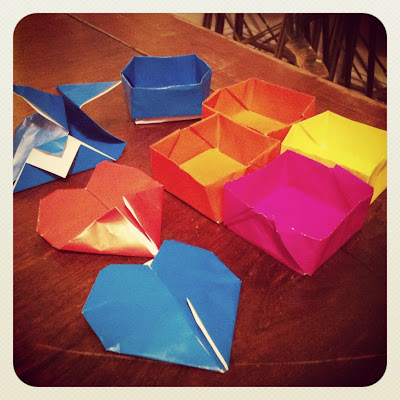 It took us a day to figure out how to make those little boxes. 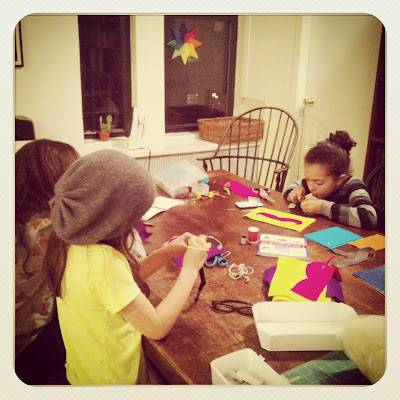 I love how they look so happy together. FYI 10 minutes before this photo was taken all hell was breaking loose! 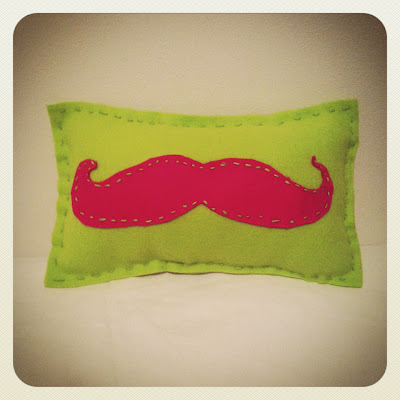 In Manhattan many of the best after school programs run vacation camps that generally run from 10 to 3. This year R did 3 days of crafts camp at Jem Fabric Warehouse in Tribeca. T did 3 days of Writopia and spent much of the rest of her time at home working on her writing. D was happy just being home, though, on the one day that the girls' camps overlapped I did take her to the New York Historical Society where they have a great basement space for kids, an kid friendly movie about the history of New York City and of course the historical toys exhibit on the 4th floor.

Other activities we did were ice skating in Da Bronx at the new Van Cortland Park ice skating rink, a Saturday night staycation swim and pizza party at friends who have a pool in their building, going to the movies to see Life of Pi and of course 2 trip to D's beloved Little Shop of Crafts 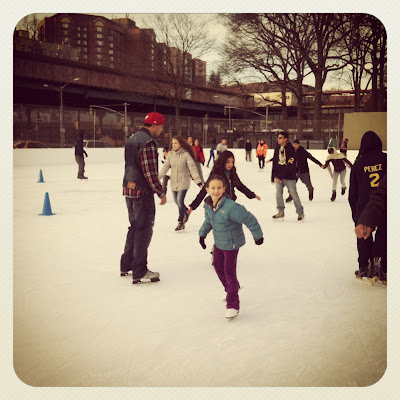 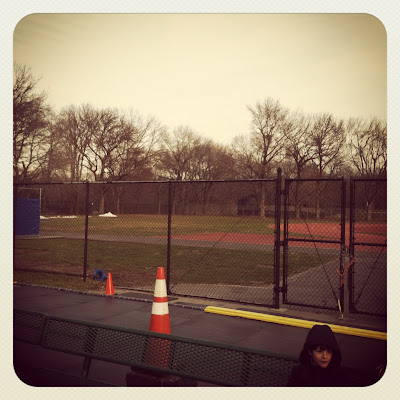 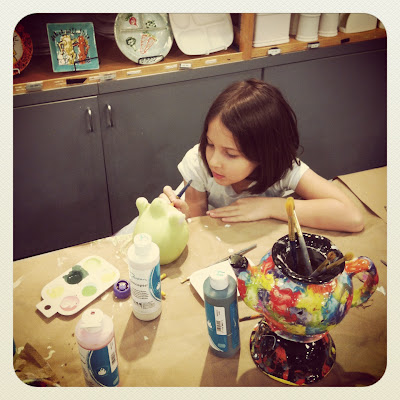 
It was not just a staycation for the kids! Mommy was happy as could be waking up at 9 instead of 7. We also ordered in dinner way more than we usually do. On New Years Eve J and I actually went out and saw the Fab Faux, a amazing Beatles tribute band with friends. On New Years day we had friends over for brunch.

I  loved being with the kids for 12 days just doing our thing and not being at the mercy of anyone else's schedule. When it was all over Wednesday morning I was sad. I really wished that they had given us the full 2 weeks off!
Email Post
Labels: Big Kids Crafts for Kids Fun NYC Activities for Kids Upper West Side

Julia said…
Thank you for these very interesting tips, it's really nice to come across articles as interesting as yours! I wish you health, longevity, success, happiness and peace of heart.