The Problem With Genetically Modified Food 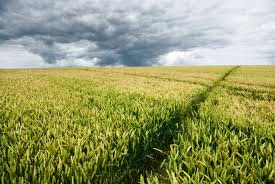 We used to have a visiting day ritual of taking the kids to Walmart and letting them go crazy and buy junk food to bring back to camp. Having grown up as the only kid in my camp bunk whose parents actually followed the camp's rule that no candy should be sent to campers or brought on visiting day I knew how hard it was to be the only kid in your bunk with out mountains of junk. Each year I just threw up my hands and said OK. It was one of the few times each year that I gave them the green light for commercial junk food.

There have been several studies on animals fed GM feed that have had disturbing results such as increased infant mortality, sterility, stillbirths and organ abnormalities. Two studies in particular caught my eye. One was done by the Russian scientist Alexy Surov for the Russian Academy of Science and the National Association for Gene Security that showed a higher infant mortality rate (25% versus 5%) and higher sterility rate in many of the rats fed a GM soy diet versus a non-GM soy diet. Surov also found that some of the rats grew patches of hair in their mouths after being fed GM soy for three generation. Surov believes that more studies must be done on the safety of GM foods.

There have also been reports of farm animals who were fed GMOs and developed many of the same conditions that the animals in the studies had developed. Back in 2000 and 2001, Iowa farmer Jerry Rosman found that some of his pigs were becoming sterile and if the pigs did become pregnant some were delivering empty bags of water instead of piglets. He was able to trace it back to his GM corn feed. Every time his story was told in the media he received calls from other farmers who were experiencing the same phenomenon.

After digesting everything I had read and deciding that many of these studies had been done by reputable scientist and were indeed quite scary I decided that I was going to try and eliminate GM food from my family's diet. The big question for me was how was I going to do this? It seemed totally overwhelming but in truth it's not that hard. All you need to do is keep a few things in mind when you are buying food.

2. Buy food labeled as Non-GMO by the Non-GMO Project.

3. Download a free copy of the Non-GMO Shopping Guide.

4. Make sure to check all of the ingredients in your food. Unless it is certified organic or Non-GMO avoid soy, corn, canola oil, cotton seed oil and sugar beets (which are used to make sugar).

5. Look for products that are made with safflower or sunflower oil instead of canola oil since there are currently no GMO versions of these.

6. Make sure that all of your animal products come from animals who were not fed any GM feed.

As far as my kids go I have explained to them why we don't buy GM products and they have been totally cool with it. It's not like there are no yummy treats to eat that have no GMOs in them. Just ask them about the non-GMO organic lolly pops, chocolate, cookies and potato chips that I brought for them on visiting day which they and all of the kids in their bunks loved!
Email Post
Labels: Big Kids Kids Little Kids Nutrition Parenting

Anonymous said…
Nice piece. Well researched and thoughtful. If parents would invest time in areas like this - rather than looking for shortcuts - we would have a healthier population and could probably shave a few billion off the deficit without any political mumbo jumbo.
August 5, 2011 at 2:16 PM

SVnyc said…
I second anonymous' comment. I would add that the agricultural industrial complex in this country needs a HUGE overhaul, and, pardon the pun, it will take a grass-roots effort: buy organic, join a CSA (community supported agriculture) and support a local farm, encourage friends and family to do the same, spread the word about the dangers of genetically modified foods.
August 7, 2011 at 8:28 AM