This trip was a long time coming and we are thrilled to be here. We took the 7:00PM flight from JFK and it worked out great. It was hard to believe that we were on a 10 hour flight. After dinner (I bought some schnitzel and string beans I made myself since airline food is so bad! ) J and I read while the kids watched a movie. Everyone was asleep by about midnight and up by 4. The next thing we knew the flight was over. We rented a car at the airport and drove for about an hour and a half to Kibbutz Lavi in the Galil. We have not been up north for over 12 years and I had almost forgotten how beautiful it is.
We settled in and spent the afternoon exploring the kibbutz which is really quite lovely. All the kids enjoyed the "dangerous" Israeli playground. Z said it's much more fun than the "safe" ones you now find in the US and I agree. 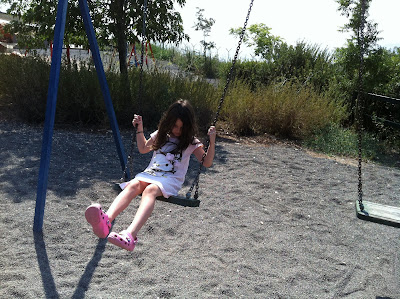 Check out the wooden seat on the swing. It's way more comfortable to sit on than the flexible seats they now have in New York but I suppose they hurt if they hit you. 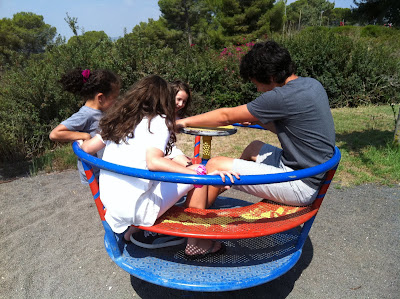 Out of control merry-go-round. It goes ridiculously fast, especially when a 15 year old boy is doing the spinning!
We spent Friday relaxing at the Kibbutz but ventured out to Teveriya (Tiberias) to a nice Italiandairy restaurant Raefelo's for lunch and a walk on the waterfront of the Kinneret. We were suprised at how close Teveriya was to Kibbutz Lavi. This meant we had lots of options for dinner.
On Sunday, after a relaxing Shabbat, we were ready to start exploring. Kibbutz Lavi had an excellent travel guide who gave us some great ideas for what to do. We decided to go to Kfar Bulm to kayak down the Yarden River (Jordan River). We had a blast.  It's really nice not to have a baby or a young child anymore since now we can do things all together with out me being left behind with the little ones. The Yarden is not grand like my favorite New York river the Hudson is but it is absolutley beautiful, almost magical. 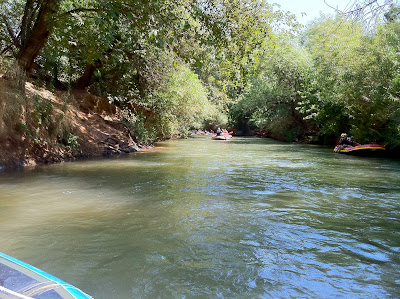 The Yarden
Next, we headed to Suf Manara (the Manara Cliffs) to ride the cable car. The views were unbelievable. They also have an alpine slide and bungee trampolines which the kids loved. 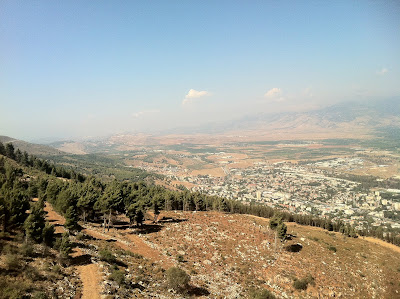 The view on the way down the mountain 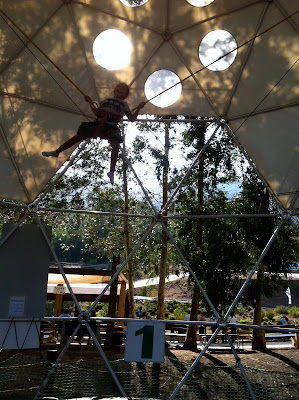 Here's T on the bungee trampoline. I think she looks so cute! 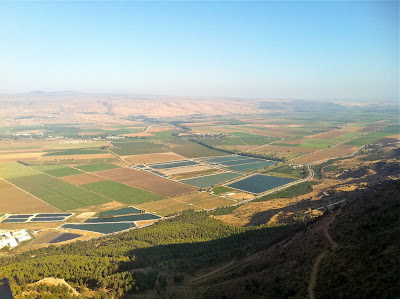 This was the view going up. The bluish gray squares are aquaculture fields.
That night we went to an Israeli restaurant called Avi's Place in Teveriya. The salads were so fresh and tasty and the beef kababobs were super tender and very yummy. 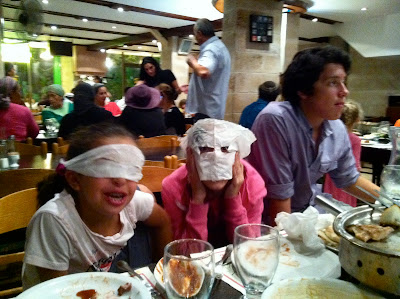 Here are 2 of my very loud kids making a a bit of a scene in the restaurant. They are  quite skilled at this. I think my 4 kids may be the loudest kids in the world.
The next day we went to Haifa and found this brand new (4 days old) lovely restaurant Cafein by mistake. Another delicious meal is Israel. It was the kind of place that I wish existed on the Upper West Side. 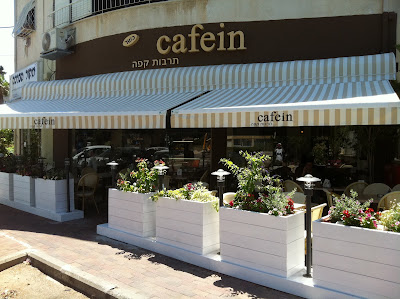 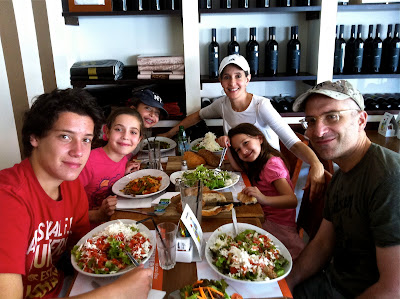 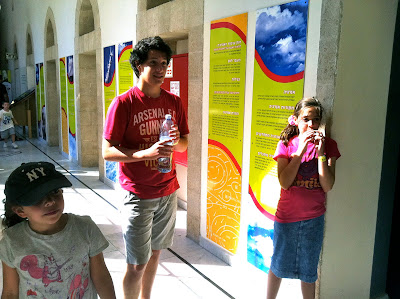 The kids loved the "Time Machine". It was a video camera with some sort of a delay that made things seem like they were happening at a different time. 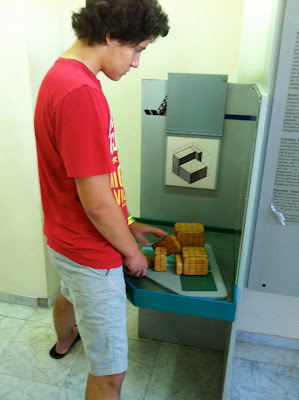 Beware! Your teenager might have fun at this museum. 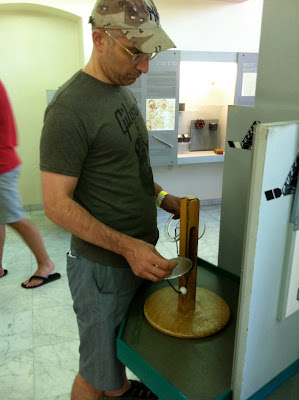 It was also engaging for the adults
We got back to Kibbutz Lavi at about 7 and we ended up going into Teveriya for dinner to eat at  Pagoda, a chinese restaurant which is located on the Kinneret, has beautiful outdoor seating and good but not great food. The end of another beautiful day in Israel.
Email Post
Labels: Big Kids Israel Travel

Julia said…
Thank you very much for all your proposals on this site. Your shares are very interesting and very enriching. Congratulations.